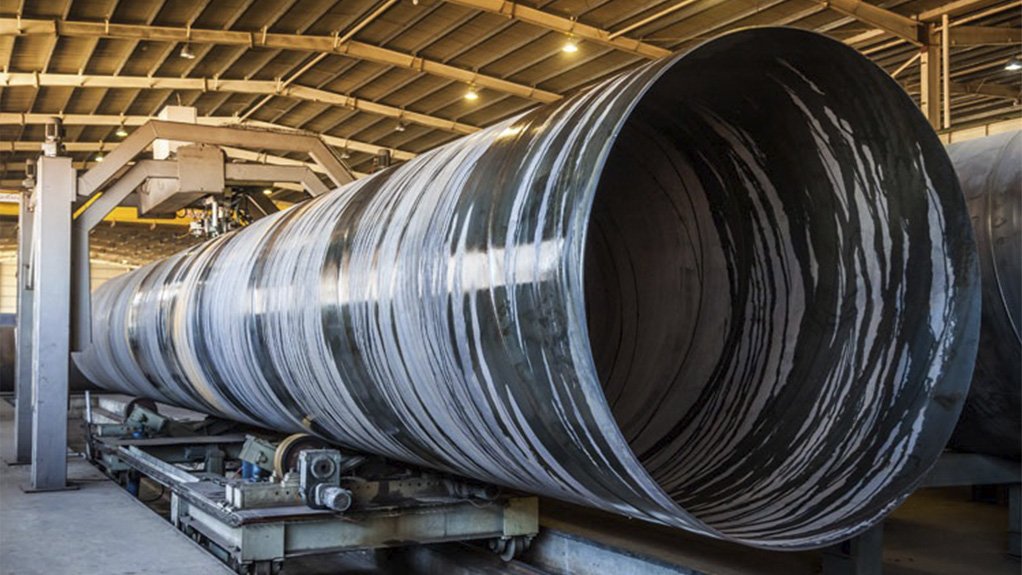 Steel industry association the Steel Tube Export Association of South Africa (STEASA) believes that the fast-tracking of the 50 strategic integrated projects and 12 special projects – announced in the Government Gazette this year – will present “tremendous opportunities” for locally manufactured steel tubes and pipes in various sectors.

Engineering News reported in July that the gazetting of the projects was motivated by a desire to ensure that the approval processes required to unlock infrastructure investments, collectively valued at more than R360-billion, were accelerated.

STEASA CEO Keitumetse Moumakoe says the water and sanitation sector will spend about R106-billion on water projects across all provinces, with this spend expected to create about 25 000 jobs. Large-bore spirally welded steel pipes are key components in any bulk water infrastructure and are designated products.

Energy sector projects – on which an estimated R58-billion will be spent and as a result 6 000 jobs are expected to be created – present avenues for local procurement, as a significant amount of steel tubes are used when constructing solar photovoltaic power projects and satellite infrastructure.

Meanwhile, these infrastructure projects will be an opportunity for the steel tubes and pipes industry to recover post the Covid-19 shutdown and the risk adjusted strategy that followed, which in part contributed to the shortages of input material, owing to JSE-listed steel producer ArcelorMittal South Africa (AMSA) having to shut down their blast furnaces from March 27 to April 29, 2020, Moumakoe adds.

Moumakoe says the net result was that backlogs at the start of March 2020 were about one week’s demand above what would be considered normal operational levels, as reported by AMSA.

The production capacity of AMSA in a normal year is seven-million tons of liquid steel a year, which amount to about 5.5-million tons of saleable steel products after taking into account various yield factors such as political, economic and business conditions, industry trends, competition, commodity prices, changes in regulation and currency fluctuations.

The company supplies more than 60% of the steel used in South Africa and exports the rest to sub-Saharan Africa and elsewhere. The government-initiated lockdown in response to the Covid-19 pandemic was the first time in AMSA’s history that it had to shut down its blast furnaces and steel production.